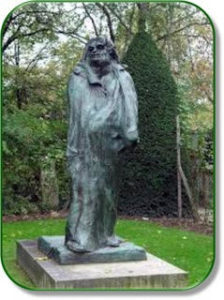 Statue of Balzac, Auguste Rodin, 1898
Review by Beverly HELD Ph.D
Here is a short review of a little place that I visited the week before all the museums in Paris closed down. Never mind, writing about it will give me the same pleasure in sharing it with you that it always does. So, in anticipation of the re-opening of les musées de Paris, a brief (promise) discourse on Maison de Balzac, 47 rue Reynouard, 75016. 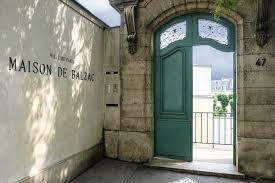 (figure 1. Maison Balzac)
I will tell you first about the museum and then describe the enhancements that have made it into such a delightful neighborhood destination. Balzac
lived in this house for 7 years, from 1840-1847. As he was fleeing creditors more often than not, he rented this one using his housekeeper’s name. He used the 7 years here to good advantage, editing La Comedie Humaine and writing some of his finest books, among them La Cousine Bette.
At the Maison de Balzac, you can visit the rez de chaussé, with its permanent collection of Balzaciana and the sous-sol, dedicated to temporary exhibitions. You should visit the permanent collection first because it will enhance your appreciation of the temporary exhibition. There is a library of Balzac’s manuscripts, original and subsequent editions, and lots of illustrations of various personages in the Comedie. 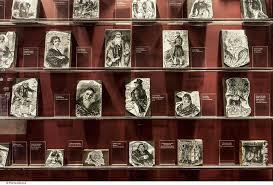 (figure 2. Wall display ofillustrations from La Comedie Humaine)
I was particularly taken with one set of engravings because the protagonist was named Ginevra, the name I gave my daughter. And it was fun, when I got home to read about the Corsican Ginevra Piombo in the story called, Vendetta, just like the Hatfields and theMcCoys ! 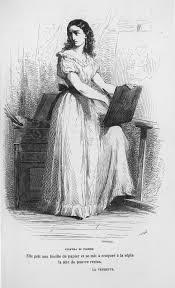 (figure 3. Ginevra. Vendetta)
Balzac, as it turns out, was as prolific a lover as he was an author. And you will be able to discreetly meet some of his mistresses, they are waiting for you behind a wooden wall cabinet. If you pull on the knob, the door will open, the light will go on and you will be greeted by small bust portraits of some of Balzac’s mistresses. The audio that accompanies these charming bust portraits reads from their letters to him. 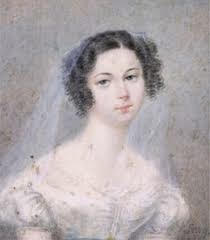 (figure 4,Mme Hanska, Balzac’s mistress, later his wife)
The very interesting current temporary exhibition is the 20th century Spanish artist, Edouard Arroyo’s (1937-2014) very personal take on Balzac’s La Comedie Humaine. Arroyo intended to produce an illustrated edition of the Comedie Humane and his would have been, according to the museum “the first-attempt by a major artist to do so”. Arroyo was chugging along (happily I hope) when death came calling before the project was completed. But by then, he had finished enough portraits of the characters in the book for this exhibition. 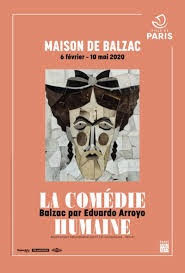 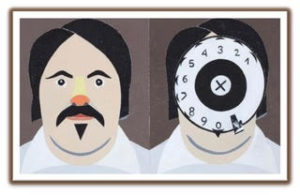 and( figure 6, one of Arroyo’s illustrations from Comédie Humaine)
To access the Maison, you enter through the gift shop (exit through it too, like Banksy’s popular film), descend a flight of stairs and voila, the garden. It is the garden, open to the public, that makes the Maison such a lovely spot to linger. 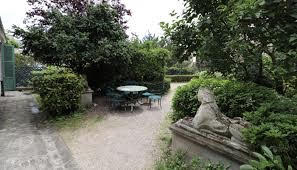 (figure7, the Garden).
Sit on a bench or a garden chair, buy something delicious from the Rose Cafe, (which you may know from Bon Marche and the Musee de la vie Romantique) and admire the magnificent view of the Tour Eiffel and contemplate the return of all that is good and beautiful and human in Paris. 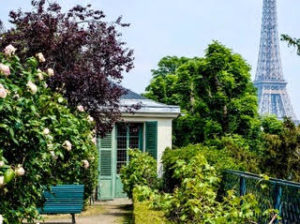 Wonderfully informative review ! Thank you so much for heightening my anticipation for a visit in the future !

Lovely. Makes me want to sit in it. Maybe it will replace my current favourite, the garden of the Rodin museum (but that one, if I remember correctly, is NOT open to the public. You get your ticket before you enter the museum gates. The whole complex is closed for the epidemic.)