Check out and buy my favorite books about France and Paris!

This section is a peek into my personal library, all the beloved books I have collected over the years before and since moving to Paris. I’ve read and even reviewed most of them, met with the authors, they are dear to me both as an avid and endlessly curious reader, but also as an American expatriate in Paris. I’m sure you’ll enjoy them. And if you want some personal reading advice, just send me a mail…
Discover my book selection on Bookshop.org 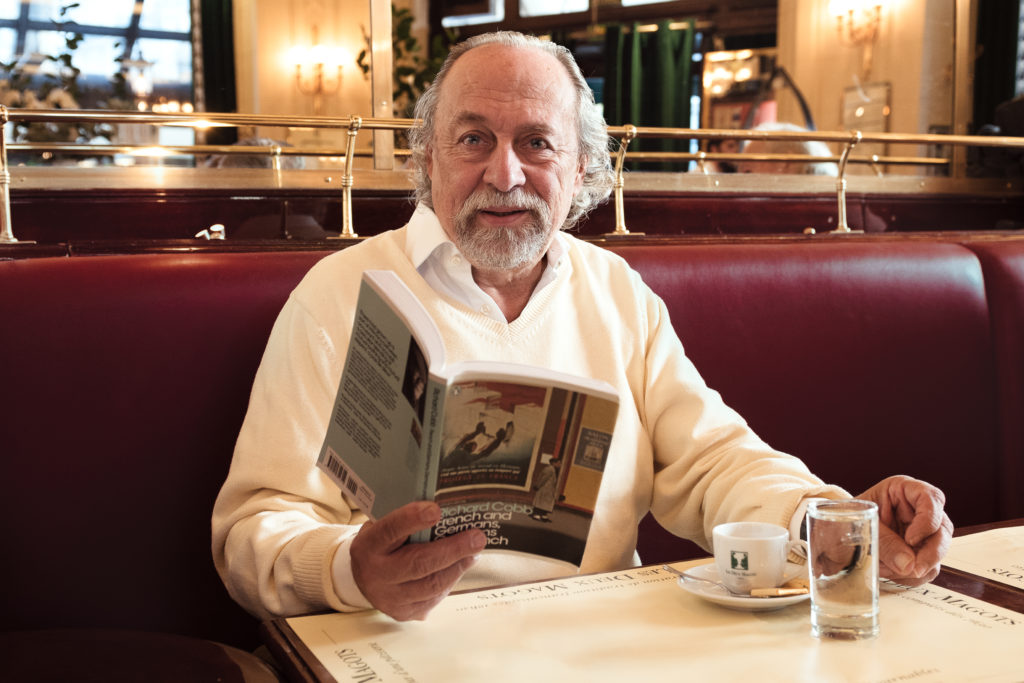 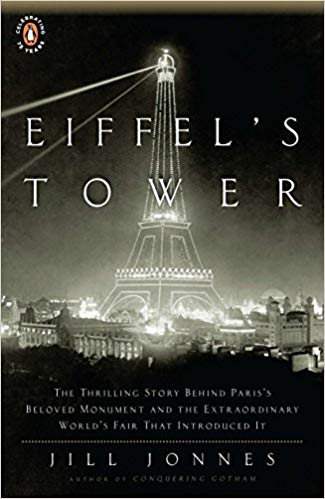 Mocked at its birth the Eiffel Tower has been the landmark most symbolic of France throughout the world for over 127 years.

It has provided a romantic setting in numerous Hollywood films including Lubitsch’s sparkling NINOTCHKA with Melvyn Douglas and Greta Garbo as two lovers who “meet cute” and race to the top where love awaits; in thrillers like Charles Laughton and Franchot Tone in the Simenon story THE MAN ON THE EIFFEL TOWER and hysterically as gold melted down and recast as miniature towers that Alec Guinness and Stanley Holloway smuggle into France THE LAVENDER HILL MOB.

hIn the tradition of David McCullough historian Jill Jonnes, Eiffel’s Tower captures Eiffel’s engineering genius that made the tower possible while surrounding him with a cast of characters that includes Buffalo Bill, Annie Oakley and Thomas Alva Edison. 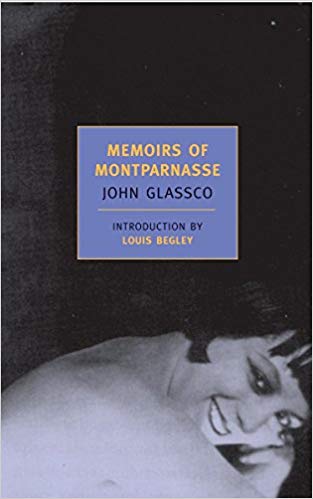 Memoirs of Montparnasse is a delicious book about being young, restless, reckless, and without cares. It is also the best and liveliest of the many chronicles of 1920s Paris and the exploits of the lost generation. In 1928, nineteen-year-old John Glassco escaped Montreal and his overbearing father for the wilder shores of Montparnasse.

He remained there until his money ran out and his health collapsed, and he enjoyed every minute of his stay. Remarkable for their candor and humor, Glassco’s memoirs have the daft logic of a wild but utterly absorbing adventure, a tale of desire set free that is only faintly shadowed by sadness at the inevitable passage of time. Glassco writes with the passion and freshness of youth-it is my favorite of the period.

Memoirs of Montparnasse is one of the most joyous books on youth—the thrill and the gall and the adventure of it. It is also one of the best books on being in literary Paris in the 1920s.Michael Ondaatje

This is a delightful, on-the-spot report of the days when it was still possible to be very young, very hip and very happy all at the same time…this precious, witty document from a long-vanished younger generation has both the freshness and remoteness of some ornate space ship found intact in a forgotten tomb.The New York Times 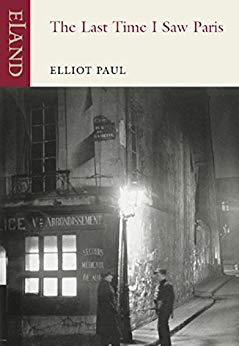 There,' he wrote, 'I found Paris.' His biography of the street brings to life a cast of charaters, from the stately M. de Malancourt to l'Hibou the tramp, from the culturally precocious Hyacinthe to a bevy of prostitutes. Their friendships and enmities, culture and way of life are woven into a tapestry as compelling as a novel. Yet as the threat of the Second World War grows and the political polarisation between right and left intensifies, it endows their quiet, heroic lives with a tragic poignancy. The Last Time I Saw Paris is one of the great portraits of an unforgettable city. 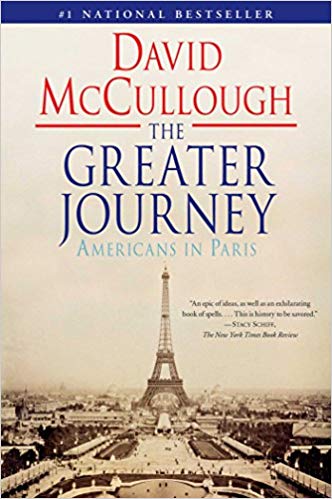 The Golden Moments of Paris

David McCullough has stressed France’s pre-eminent role in American history for years. We would not, he has argued, have a country without the French, who have permanently and profoundly shaped us. If anyone could get away with suggesting that room be made on Mount Rushmore for Astérix it is McCullough. He seems to have had something else in mind, however. With “The Greater Journey: Americans in Paris,” he explores the intellectual legacy that France settled on its 19th-century visitors. The result is an epic of ideas, as well as an exhilarating book of spells. 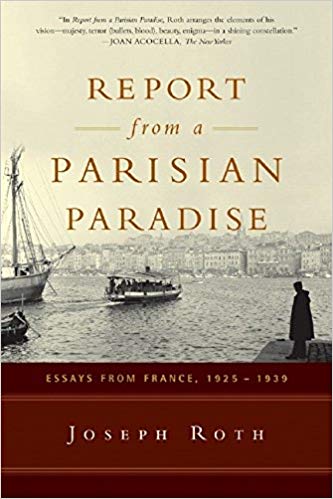 Report from a Parisian Paradise

As the goosesteps of the black-booted Nazis became progressively louder, the wary Jewish journalist exiled himself to safety in France in 1925. Fifty of his Parisian gems, written between 1925-1939 can be found in “Report From A Parisian Paradise”As an ardent Francophile you will appreciate Roth’s letter to the editor of the Frankfurter Zeitung newspaper almost immediately upon arriving in Paris in which he explains that he is in “complete control of his skeptical intelligence” and though risking “sounding moronic”,“Paris is the capital of the world and you must come here.

No one who hasn’t been here can claim to be more than half human. Every cab driver here is wittier than our authors. I love all of the women here, even the oldest of them to the point of contemplating matrimony.” 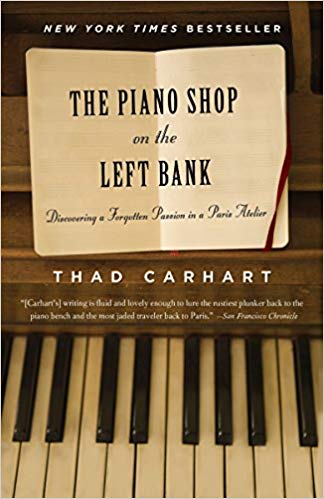 The Piano Shop on the Left Bank

In this engaging memoir, an American writer living in Paris recounts his experiences in a piano shop tucked into an out-of-the way street on the rive gauche. Because the elderly proprietor refuses to admit strangers to the atelier where he repairs, rebuilds and sells used pianos to select customers, Carhart does not at first get in. But with an introduction from another client and the help of the owner’s younger assistant and heir apparent, Luc, Carhart is finally welcomed into a magical space crowded with pianos of all makes and vintages. 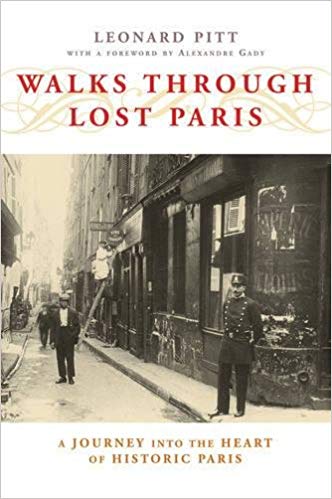 When he discovered that the city he lived in for many years was actually entirely rebuilt during the mid-1800s, Leonard Pitt plunged into Paris’s history and began photographing what he learned had changed. Eventually, he led tours and gave lectures on the demolition and reconstruction that changed the city forever.

Walks Through Lost Paris chronicles Paris’s great periods of urban reconstruction through four walking tours. With a special focus on the work of Georges-Eugene Haussmann, this book provides a history of each site along with the motives behind the urban redesign and the reactions of Parisians who witnessed it. Detailed maps take you through a city whose changes were captured by photographers and artists in each stage. Hundreds of color photos, diagrams, and engravings splendidly survey the massive transformation that resulted in the Paris of today. 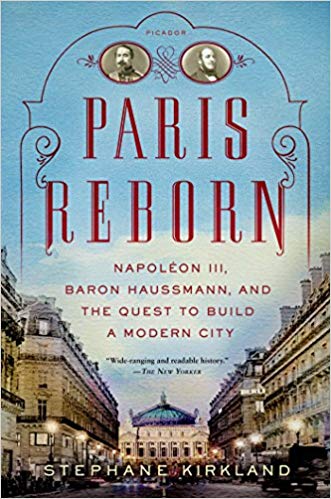 In the mid-nineteenth century, the Paris we know today was born, the vision of two extraordinary men: the endlessly ambitious Emperor Napoléon III and his unstoppable accomplice, Baron Haussmann. This is the vivid and engrossing account of the greatest transformation of a major city in modern history.

Traditionally known as a dirty, congested, and dangerous city, Paris was transformed in an extraordinary period from 1848 to 1870, when the government launched a huge campaign to build streets, squares, parks, churches, and public buildings. The Louvre Palace was expanded, Notre-Dame Cathedral was restored, and the masterpiece of the Second Empire, the Opéra Garnier, was built. A very large part of what we see when we visit Paris today originates from this short span of twenty-two years.

The vision for the new Paris belonged to Napoléon III, who had led a long and difficult climb to absolute power. But his plans faltered until he brought in a civil servant, Georges-Eugène Haussmann, to take charge of the implementation. Heedless of controversy, at tremendous cost, Haussmann pressed ahead with the giant undertaking until, in 1870, his political enemies brought him down, just months before the collapse of the whole regime brought about the end of an era.

Stephane Kirkland’s Paris Reborn is a must-read for anyone who ever wondered how Paris, the city universally admired as a standard of urban beauty, became what it is. 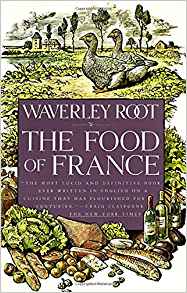 The Food of France

While this might sound like a cookbook, it’s actually a travelogue focusing on the foods of various regions in France. Instead of providing information on what visitors should see during their travels, Waverly Root reveals what they should eat. Root, who made his living as a foreign correspondent and has written several volumes on his penchant for food, is an excellent guide whose descriptions will convince globetrotters that there’s much more to travel than sightseeing.

Root separates France into three distinct regions characterized by the fat of choice in their cooking: Butter in Normandy, goose fat in the southwest and olive oil in the south. 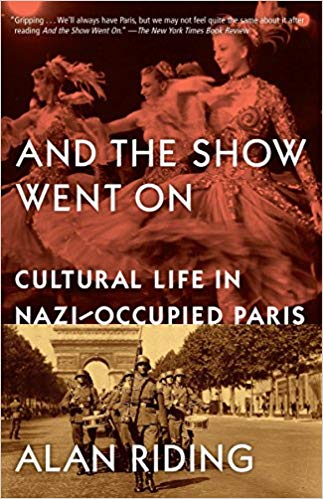 And The Show Went On

Alan Riding, a former European cultural correspondent for the New York Times, recounts Parisian life under the Nazi swastika and the forced compromises of French writers, artists, and performers under Hitler’s rule.

On June 14, 1940, German tanks rolled into a silent and deserted Paris. Eight days later, a humbled France accepted defeat along with foreign occupation. While the swastika now flew over Paris, the City of Light was undamaged, and soon a peculiar kind of normalcy returned as theaters, opera houses, movie theaters, and nightclubs reopened for business. Shedding light on this critical moment of twentieth-century European cultural history, And the Show Went On focuses anew on whether artists and writers have a special duty to show moral leadership in moments of national trauma.

Riding’s clear-eyed account lifts the veil on the moral and artistic choices for those who stayed and were forced to decide whether to resist, collaborate, or compromise somewhere in between. 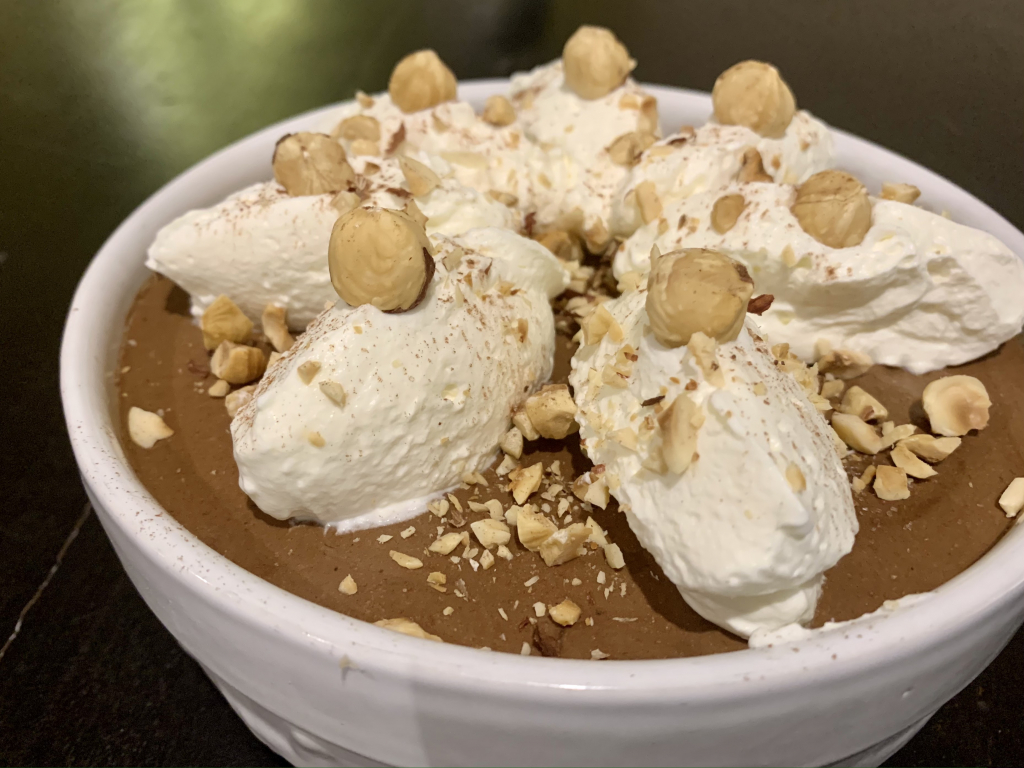 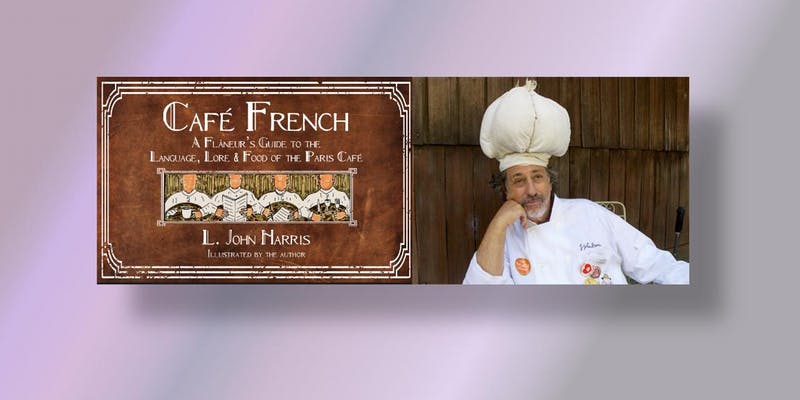 A Conversation with the Balzac of Berkeley aka L.John Harris 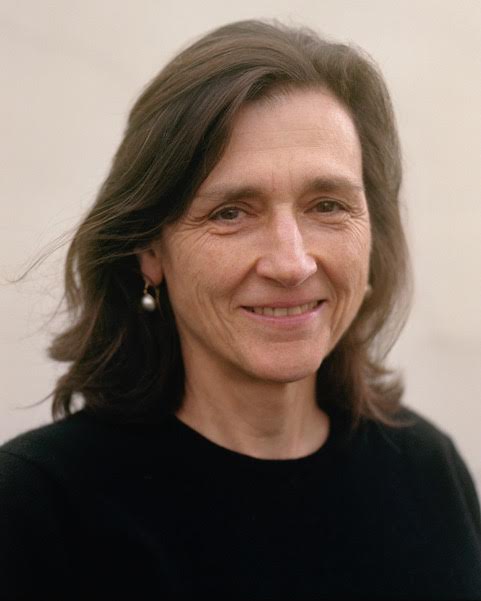 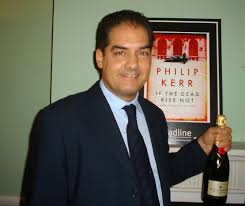 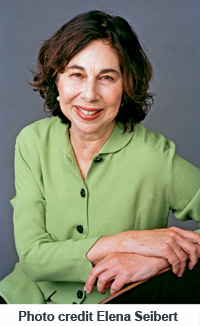 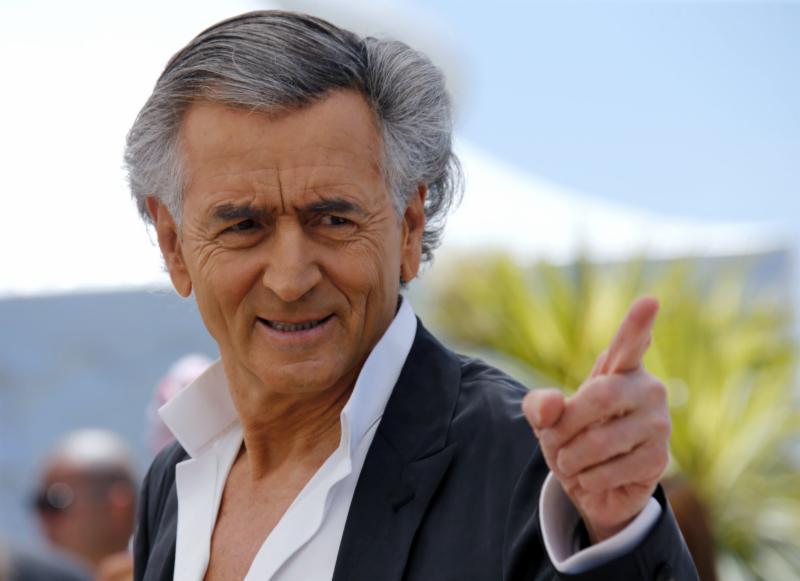 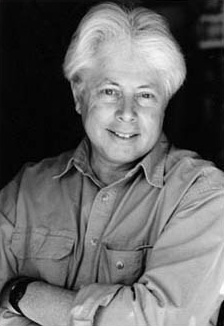 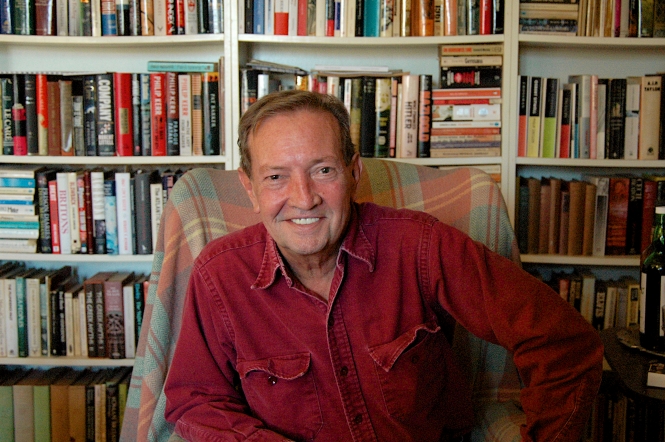 Do not hesitate to get in touch. I'm always glad to hear from you.