Do you remember the trauma that befell Paris, I mean the one between the havoc caused by the Gilets Jaunes a couple summers ago and the metro and everything else strike a couple months ago, that ruined Christmas shopping for many and the livelihood of many more? And obviously before this current trauma that is affecting and infecting the entire world ? Yes, that’s right, just one year ago, the evening of April 15, 2019, when Notre Dame Cathedral caught fire and burned through the night. When the 19th century spire and the church’s ancient roof were destroyed. (Figure 2) You might also remember the one bright spot in all that sadness was that the coq, the Gallic rooster that had adorned the top of Notre-Dame spire was quite unexpectedly found the next day in the debris, dented, flattened, crushed, but still ‘there’ almost whole, a survivor. And you can see it for yourself once the museums of Paris are open again. (Figure 3) 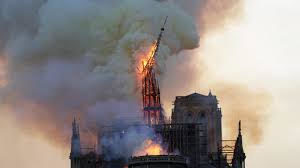 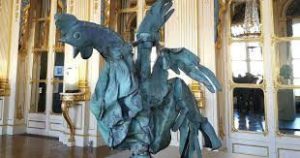 Figure 3. Rooster recovered from the ruins, from top of spire of Notre Dame Cathedral

Where you ask ? Why, at the Cité de l'Architecture et du Patrimoine, of course. Do you know the museum? If not, then, hopefully soon, you will be able to rectify that lacuna. The museum is in one wing of the enormous Palais de Chaillot, (another wing is taken up with the Musee de l’Homme and Musee de la Marine - to which, I confess, I have not yet been, but there is an exhibition at the Musee de l’Homme that seems especially appetizing, judging from the title, ‘Je Mange, Donc Je Suis)  Between the two wings of the Palais is a terrace from which your view of the Eiffel Tower is simply stupéfiant (amazing). (Figure 4) (Figure 5, for World War II history obsessives only) 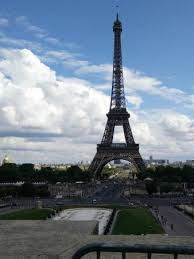 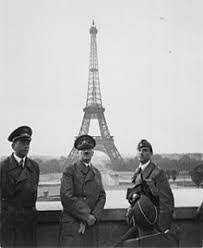 But I digress. In the Cite de l’architecture et du Patrimoine, you may discover that you never have to leave Paris again. I mean if you have been touring France with the goal of visiting each and every one of its Romanesque and Gothic churches, as one does, then you may not, as I say, ever have to leave Paris again. For in this huge, multi-level, easy to get lost in, museum, you will find casts of monumental French architecture - bits and bobs from the 12th to 18th century, (column capitals and tympanums; lintels and archivolts from all those pilgrimage churches, for example), (Figure 6) as well as copies of frescoes and stained glass from Romanesque and Gothic churches (Figure 7) and if you still have any energy, (or can schedule a return visit) models of modern and contemporary French architecture. 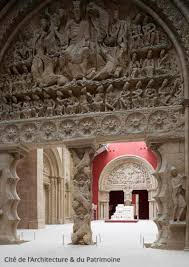 Figure 6. copies of frescoes and stained glass from Romanesque and Gothic churches 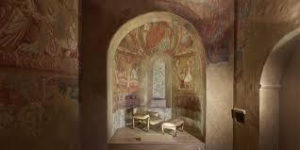 But, to get back to the subject with which I began this discussion, there is a very interesting and informative exhibition on the history of Notre Dame Cathedral, from its 1160 beginning, through its many iterations and traumas (including the destruction of statues during the French Revolution) up to and through the above mentioned fire. You will learn about the spire created by Eugène Viollet-le-Duc. the 19th century ‘architect’ and restorer of medieval French architecture whose restorations were based less (much less) on historical or visual evidence than upon his own, very personal ideas of how the buildings he restored should have looked (don’t get me started on that guy) For example, the Cathedral had no spire to catch on fire before Viollet-le-Duc’s 19th century intervention/restoration. The exhibition shows us what the Cathedral looks like now, a chantier (worksite) and promises updates, as they happen.

Temporary exhibitions enhance wandering through the permanent collection. Last year for example, I saw an exhibition on furniture designed by modern and contemporary architects staged throughout the museum, with some dramatic, unexpected and fabulous juxtapositions. Just a few weeks ago I saw an exhibition on the Viennese architect, Otto Wagner. When the city and the world are whole again, promise me you’ll go. You won’t be disappointed.

Another gorgeous article. Makes me hate waiting so long for the museums to opem again. This ome looks wonderful