Charlotte Perriand at the Louis Vuitton

Getting Her Due at Louis Vu. (Vuitton) Dr. Beverly Held

There is a fascinating exhibition at the Fondation Louis Vuitton through the end of February that you really should try to see. It is the first time the entire Frank Gehry-designed museum in the Bois de Boulogne has been given over to the work of a single artist. The exhibition is spread over all four floors with re-creations of actual spaces for visitors to walk in and scale models of iconic furniture for visitors to sit on.

The museum’s goal is to “show Perriand as a central figure of the 20th century who participated in the great cultural and social movements of her time, who developed a vision of nature, modernity, the environment, the changing role of women, and the transformation of society. She didn’t reject the past but always turned toward the future.” https://www.wmagazine.com/story/charlotte-perriand-design-fondation-louis-vuitton-exhibit

So, to begin. CP was born at the beginning of the 20th century and lived to its end (1903-1999). The only child of a tailor and a seamstress, she studied furniture design at the Ecole de L'Union Centrale de Arts Decoratifs in Paris and graduated in 1925. Two years later, she applied for a job with the famous architect, Le Corbusier, who famously told her, “we do not embroider cushions here.”

Undeterred, but with time on her hands, she did what young designers have always done, she experimented with her own tiny apartment. When asked to contribute a piece to the Salon d’Automne that year, 1927, she re-created her apartment’s furniture: a built-in wall bar of aluminum, glass and chrome and a card table with built-in pool-pocket drink holders. She called it, ‘Bar sous le toit,’ (bar in the attic). It was much admired and when Le Corbusier saw it, he changed him mind and offered her a job. 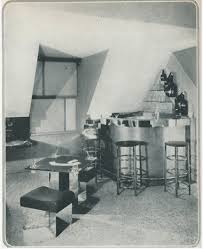 Figure 1 is a recreation of Charlotte Perriand’s exhibition for the Salon d’Automne of 1927, a rendering of her furniture designs for her own little apartment.

Even if architecture is not a particular interest of yours, you have probably heard of the Swiss-French architect, Charles-Édouard Jeanneret, known as Le Corbusier (nickname Corbu) who finally offered CP a job once he saw what she was could do. 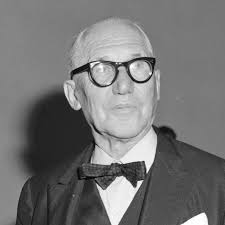 Figure 2. A photo of Le Corbusier from 1930 wearing his signature eye glasses.

You can visit Corbu’s Fondation, for the moment, in the 16th arrondissement, on square du Docteur Blanche. Corbu was in the press recently because the Fondation is about to embark upon a new building for itself, to be located in Poissy, just outside of Paris, where one of his most famous residences, the Villa Savoye is located. The authors of two recent books on Le Corbusier have voiced their opposition to the French government’s involvement in the project. Why? Because they both found evidence of Le Corbusier’s fascist, anti-Semitic and racist views from the 1920s though the mid-1940s.

When I read their comments this past summer, I assumed I was going to have to re-evaluate my enthusiasm for Corbu based solely upon his pro-Nazi sympathies. Turns out I was wrong.For the entire decade CP worked for Le Corbusier, and when she collaborated with him again a decade later, he took credit for her designs. As one critic noted, it was his office, he was famous and he was a guy. Many of the pieces of furniture she created have become 20th-century classics. Le Corbusier couldn’t be bothered to design furniture, which he dismissed as “le blah, blah, blah”. 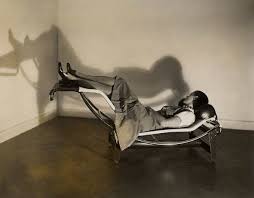 Figure 3 Photograph of Charlotte Perriand lounging on her famous Chaise Longue Basculante, This is the single most well-known example of her design credited to Le Corbusier’s studio. Apparently the feet of the frame reminded someone of horse hooves, so she went with it, and designed a pony hair cover. There are tons of photos of this chaise with nobody lounging on them. I think they should have used one of those.

Disclaimer: I have lived with a chaise longue for nearly forty years. The first cover was brown pony hair, the current one is palomino - white, brown and black. It sits in my San Francisco home with other mid century classics - by Mies Van Der Rohe, Eero Saarinen and Alvar Aalto. Yes, reader, I married an architect. And yet, feminist that I am, I never questioned the attribution of the chaise longue to Corbu. But not anymore. And apparently, not anymore at Cassina either, the furniture manufacturer licensed to produce LC furniture (Le Corbusier) now lists both Perriand and Corbu’s cousin and collaborator, Pierre Jeanneret, as co-designers. 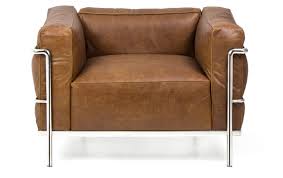 In 1940, as the Nazis entered Paris, CP accepted an invitation from the Japanese Ministry for Trade and Industry to advise Japanese manufacturers on developing products for the West. When World War II moved to the Pacific, CP was expelled from Japan. Unable to return to Europe, she convinced a government official to hire her to travel through Indochina documenting structures. She developed a keen appreciation for Eastern aesthetics and philosophy, for how the Japanese people lived, with tatami mats and sliding screens but without tables, chairs and beds. She had begun her career fascinated with machine age materials, after being immersed in a Japanese aesthetic, she began to look towards natural materials, particularly wood for inspiration. As one critic noted, Japan had a greater impact upon CP than she had on it.

Returning to Paris in 1946, with a husband (that government official) and their young daughter in tow, she once again applied to Corbu for a job. He was working on the Unite d’Habitation housing project in Marseilles, and this was his response: “I do not think it would be interesting, now you’re a mother, to oblige you to be present in the atelier,” he wrote, “On the other hand, I would be very happy if you could contribute to the practical structural aspects of the settings which are within your domain, that is to say the knack of a practical woman, talented and kind at the same time.”

And she did work for him once again, though perhaps from home so as not to offend him! And she did indeed contribute to his project, developing the compact modular kitchens for which, not surprisingly, he claimed sole authorship of the result. https://www.theguardian.com/artanddesign/2019/oct/07/charlotte-perriand-le-corbusier-design. 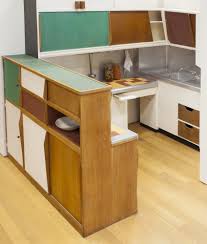 Figure 5 The compact modular kitchen which CP designed and for which Corbu took credit.

In the years that followed, CP continued to develop as a designer. She traveled to Brazil with her husband and worked there. She returned to Japan and worked there, too. When he husband left the government and took a job with Air France, he helped her get commissions to modernize the Air France ticket offices in London, Paris Toyko, Osaka, Rio and Brasilia. She adapted to locales, to materials, to customs - for the French market, bookcases and lounge chairs were made of metal and polychromatic colors. In Japan, she re-imagined the same items in bamboo and for Brazil, she used indigenous Brazilian hardwoods.

Figure 6 Les Arcs, Savoie, France, the 1960s ski resort for which Perriand developed the masterplan. The initial proposal had been to build a series of towers. When CP was put in charge, that plan was replaced with her own. Now buildings are in harmony with the site rather than dominating it. CP was an early advocate of pre-fabricated materials and that is what she used here for buildings that nestle into the mountain landscape. The result ? Structures that fit so harmoniously into the environment, that they are almost invisible after a snowfall. Although built for 1000 residents, the resort is close enough to the rail station to be car free. In the mountain itself, it is lift free. Eliminating automobile traffic made the site more idyllic, nowadays in our automobile choked environment, CP’s lessons are even more important. https://www.dezeen.com/2019/07/12/les-arcs-architecture-charlotte-perriand-50-years/. 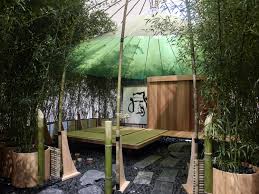 Figure 7. The final, bamboo-filled gallery of the exhibition features the Tea House Perriand designed for UNESCO's Paris headquarters in 1993, when CP was 90 years old. “My idea was to create an ephemeral tea area where people could meditate and dream about a new golden age, a place humming with cultural exchange, as well as diversity and universality.”  https://www.barrons.com/articles/future-returns-how-to-invest-in-space-travel-and-technologies-01576610306 Come and sit quietly here for a while, it is truly a restful and contemplative spot. 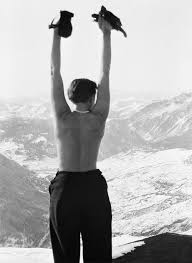 Figure 8 This is the wall size photo that greets visitors to the exhibition. And I am not sure how I feel about it. It is arresting and playful, maybe even exuberant and joyful, but is it appropriate ? Lots of people seem to like it, the same photo was used for the 2015 exhibition of her work at the Petit Palais. Taken in 1930, it shows Charlotte Perriand, her signature handmade ball bearing necklace around her neck, with her back to the camera, arms upraised, each hand holding a ski glove. But the photo shows her nude to the waist. Well, okay, she skied, she did calisthenics outdoors, she was fit. One critic suggests that in the photo she is a lithe component plucked from a finely tuned machine, giving a big two fingers up to Frank Gehry’s building in particular and the patriarchy in general. Another suggests that the photo shouts, freedom, strength, daring, femininity. And maybe those reviewers are right, but I know that if we were at an exhibition trying to get it right about the design contributions of a man who hadn’t gotten his due, I doubt the poster would be of him semi-nude or even topless! 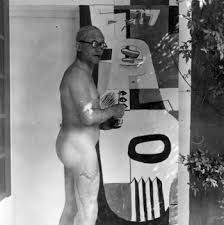 Figure 9 I googled ‘nude photos of Le Corbusier’ and I was dismayed to find a few. Yes, thanks to the internet, anything is possible. Like the topless photo of CP, someone took this photo of Corbu. But being photographed nude or semi-nude by a friend or a lover doesn’t mean that the photo should become the poster of an exhibition. I can’t imagine this photo of Corbu as the poster for a retrospective of his career. And there are lots of photographs of CP that are not compromising or titillating or suggestive.

Figure 10 I am reminded of a Gorilla Girls poster entitled ‘Do Women have to be naked to get into the Met Museum?”

Do women have to be semi-nude for a major retrospective of their achievements? What do you think ?

I urge you to visit the Fondation Louis Vuitton where you will have the opportunity to experience the work of an amazing 20th century designer who created some of the most iconic furniture of the century and who just happens to be a woman, who just happens to finally be getting her due. And don’t worry about getting to the Fondation Louis Vuitton, it’s easy even if you can’t walk over from the 16th (not bragging). Just take a metro (hopefully they will eventually be running again) to the Charles de Gaulle/Etoile metro stop and catch the Fondation’s own navette (1 euro each way), Take the navette there and then maybe walk back through the Bois de Boulogne, wandering for a while along Avenue Mozart before figuring out how to get back to chez vous.

Fantastic review by Dr B! I was most privileged to attend this exhibition which was one of my most treasured “museum” experiences didn’t during my time in Paris this past October. Only regret ? I did not have Beverly in my ear and by my side to enhance my experience ! Beverly’s insights , intelligence and awareness have greatly augmented by memories of this not to be missed exhibit of a talented and creative woman far beyond her time .

Another wonderful review, Beverly ! I had never even heard of her.