Less than 2 hours from the Gare d’Austerlitz and you enter the Valley of the Kings-Henry II, Henry IV and at our first stop, Le Chateau Royal de Blois, François I and Louis XIII, whose emblems of the salamander and porcupine adorn the façades and interiors 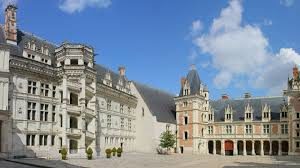 The Château of Blois reached its apogee in the first half of the 16th century under the sumptuous reigns of Louis XII and François Ier, who rebuilt the château in the style of the Renaissance. In April 1498, the Duke Louis II d’Orléans (1462-1515) became King of France under the name of Louis XII. He immediately proceeded with the reconstruction of the château of Blois where he had been born 36 years ago. The new wing, built in brick and stone and since named after the king, was described by the chronicler Jean d’Auton as being “so new and so sumptuous that it seems truly deserving of a King”.

The Royal Chateau of Blois offers a true panoramic survey of art and history of the chateaux of the Loire Valley. Residence of 7 kings and 10 queens of France, the Royal Chateau of Blois is a site reminiscent of the power and daily life at court in the Renaissance, as evidenced by the royal apartments, furnished and embellished with magnificent polychromatic decors.

In 1845, it was the first historical residence to be restored and served as a model for the restoration of many other chateaux. The Royal Chateau of Blois, classified as a Museum of France, filled with more than 35,000 works of art, presents a section of its collections in the Royal apartments of the Francis the First’s wing, in the Fine Arts Museum set in the Louis the 12th’s wing, but also during its many temporary exhibitions. 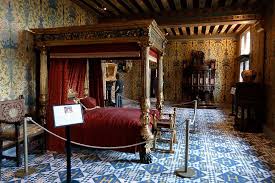 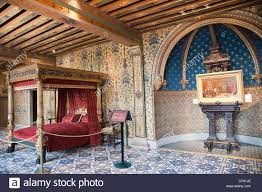 As you exit the chateau you will be just a few steps away from the Maison de la Magie Robert-Houdin, the Blois-born illusionist who inspired Erich Weiss to become the Great Houdini. 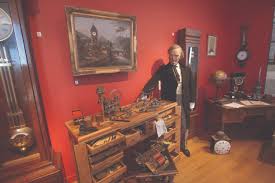 In 1981, descendants of Jean Eugène Robert-Houdin left to the city of Blois the building and all its accessories as a gift with the requirement that be open to the public. 170 objects that were constructed or collected by Robert-Houdin are in the museum. The museum regularly hosts events including an exhibition of portraits of the greatest magicians; magical encounters (on weekends in July and August); lectures on Jean Eugène Robert-Houdin; evening shows; proceedings of ‘the Gala magic clubs of Blois’; and awards to the best magical practitioners.

Guided tours are conducted by illusionists.

Having arrived in Blois in the early afternoon I was now ready for a relaxing evening at the Domaine des Hauts de Loire in Onzain. In an enchanting setting, at the heart of a large 70 hectare park dotted with ponds, an elegantly restored 19th century hunting lodge awaits you. Built in the typical style of the Sologne region, with its half-timbered walls and beams. The rooms overlook the park, the countryside or the garden– cozy and refined as one would expect from a Relais & Châteaux property.

All rooms have sumptuous bathrooms with heated towel racks from which hang American-sized towels and internet access and wi-fi. 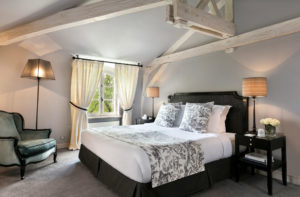 Once settled in it was time for a coupe in the elegantly appointed sitting room, warmed by the fireplace and soothed by the crackle of wood and its smokey scent. A glance at the cart of digestifs told me that I would be back later. I was joined by the Chatelaine Mme. Bonnigal who delighted in telling me the history of the property dating back to the 14th century.

Unfortunately it was Monday night and the dining room was closed. Chef Remy Giraud has been at the ovens for twenty years and earned his second Michelin star in 1993 and perhaps more importantly has kept it for twenty years. I’ll be back soon to explore the menu and share my experience with you.