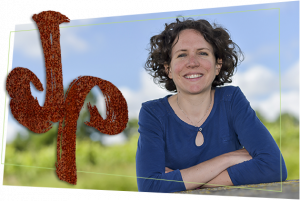 It is humbling to be invited again to sit once again on the super-jury that chooses the Vigneron of the year. People far more skilled and experienced sitting on the other juries that pick the gold, silver and bronze winners from which we on the super-jury select the ultimate prize.

It was also heartening, since time after time, wines that I have praised in these columns ended up winning gold and silver medals in the annual Concours, held this year in the splendidly restored setting of the Chateau de Commarque.

It was also with a great sense of pride that we picked this year the first woman to be winemaker of the year, Gaëlle Reynou of the Domaine de Perreau in the Montravel, for her glorious Côtes de Montravel 2021. I wrote an entire column, based on my visit to her vineyard, about her excellent wines. Looking back in my file, I found several other references to her wines and her valiant work on promoting and supporting women winemakers, while also raising three small children.

The Concours required a great deal of organisation, A total of 221 wines were presented to the Concours, coming from an extraordinary sixteen different appellations. No other wine region in France can boast so many different types of wine.

This year there were also medals for the best of the reds, whites and rosés from the IGP, the second category of quality for French wines. It stands for Indication Géographique Protégée, not so strictly regulated as Appellation Contrôlée, but much more stringent than the lowest category Vin de France. So an IGP wine may blend wines from different years, and from more grape varieties. Earlier this year I raved about the IGP wines being made by Patrick Barde at Chateau Le Raz, and his red and white each won a gold medal.

For the whites of the Bergerac, Ch le Rooy and Ch Les Brandeaux, each the subject of a column, won golds. For the Begerac reds, two subjects of columns, Les Verdots won gold and Ch Pécoula won silver.

And from the Pécharmant, the cuvée Kalinago and the cuvée Constellation, each from the vineyard named Hukulumbarros, won golds. After I visited the vineyard recently, it was to be the subject of a future column because the wines of its young owner are very good indeed.

Michaël Gaulhiac has wine in his blood as the son and grandson of a winemaker, and also the grandson of a wine négociant. The name of the vineyard comes from the name of an ancient Roman ship, which became the name of his family’s vineyard in Tunisia. He spent more than twenty years in agriculture bio and bio vineyards before starting out on his own, and picked 5 splendid hectares on the Pécharmant plateau, close to the magnificent Ch Mondazur. Then he built a very impressive chai, digging into the hillside so that his wines are fed into the cuves by gravity, not by pumps. His barrels are kept buried in a limestone chamber, no concrete allowed, so the temperature is regulated naturally.

His first year, 2017, was a disaster, all his grapes killed off by frost. He persevered and I was able to taste the two wines that won golds, and at once bought a case of each. He uses three cépages, as he puts it: ‘Merlot for its roundness and red fruits, Malbec for the spicy notes, and CabernetSauvignon for the complexity.’I have yet to taste his Hukulumbarras, after which the vineyard is named, and am waiting for it to go one sale again, since most of his wines sell out fast. I’m sure we will hear much more of this gifted and bio-committed young winemaker.

I should add that I have no special qualifications as a judge of wine, except that I love wine, drink it often and have a great respect and affection for the people who make it. But the fact that so many of my columns have covered vineyards that have gone on to win gold medals is not a matter of luck. I always ask the advice of people whose expertise I respect for the next vineyards to visit. As Murray Sayle, one of my Fleet Street colleagues once observed, for any journalist ‘expert knowledge is just a phone call away.’