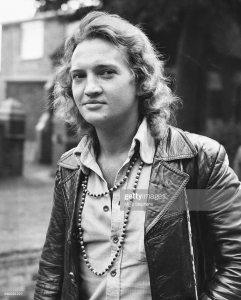 Portrait of Martin Walker, reporter for The Guardian newspaper, after giving evidence at an inquest regarding the death of Kevin Gateley, London, July 11th 1974. (Photo by Mike Stephens/Central Press/Getty Images)

It is with sadness that I have to report that Chateau Lestevenie, near Monestier in the Saussignac region in the south-west of Bergerac, has been sold. My friend Humphrey Temperley has recovered from his stroke, but reckoned that it was time to retire. He and his tirelessly energetic wife Sue will be moving to a riverside place in Lalinde.

The new owners are South Africans, dedicated to continuing the Temperley tradition of making excellent and yet affordable wines, and the stocks of Sue and Humphrey’s wines of recent years will be available for a year or two. But a vineyard that was for me a landmark is embarking on a new future and i wish it well.

It is always with a touch of guilt that I write about the Lestevenie wines because after my first visit and  tasting, I wrote in these ages that they were producing the best red wine I knew that cost less than ten euros a bottle. Little did I know that Sue and Humphrey were planning to raise their prices. But after my article appeared they felt obliged to keep the old price for another season -- even though they then won accolades from the Guide Hachette and another prize from the Concours of Bergerac.

In writing about them and their excellent wines, it struck me that too little attention has been paid to the important role of the English-speaking winemakers of the Bergerac and the contribution they have made to the veritable Renaissance of the region’s wines over the past forty years.

The tradition stretches back much longer than that. Few now remember that St Emilion owes its renown to England’s King John (of Magna Carta fame) in the early 13th century when he thought it looked a promising hillside for wine and invited French winemakers to come and make it flourish, promising them much easier taxation than the French crown then imposed.

The Consulat de la Vinée de Bergerac, the body that ensured the quality of the wines and organised the trade down-river to Bordeaux and England, was founded in the year 1254 by England’s King Henry III. (It continues to this day and I am proud to be one of the Grand Consuls, an honour and a responsibility I take very seriously, by writing about and promoting and drinking our wines wherever I can.)

The Bergerac vineyards almost died out in the late 19th century when the plague of phylloxera savaged vineyards across Europe. The region felt itself fortunate that its influence in the new National Assembly of the Third Republic in the 1870s had sufficient political clout to take advantage of the new wonder crop of tobacco. A national monopoly was established, not just to manage the production and exploitation of tobacco but also to sell it through licensed tabacs.

The politics of this were crucial. The Third Republic feared being overthrown by a rural counter-revolution led by the Catholic Church and the land-owning notables in the regions. So they set up a counter-force in every village, of the local schoolmaster and the local tabac, who would be loyal to the Republic that guaranteed their jobs.

Then just as the Bergerac vineyards were trying to revive after World War Two came the great frost of 1956, so cold for so long that it killed the roots of the vines. To survive, Begerac began producing cheap wines for the new supermarkets.

But then came the revival, spurred on by the immigrants from Britain, led by Nick Ryman. He sold the chain of stationers he had built up and bought Chateau de La Jaubertie (now run by his son, Hugh) and began exporting his wines to Britain. The combination he promoted of high quality wines at low prices has been the key to Bergerac’s revival.

Nick’s maître du chai for some years was Charles Martin, son of a racing driver, who developed the Cuvêe Mirabelle, in red and in white, the wine that first convinced me more than twenty years ago that the Bergerac vineyards were doing something very special.

The Rymans were followed by others, like Patricia Atkinson at Clos d’Yvignes. Abandoned by her husband and knowing little of wine, she buckled down, learned her trade with the help of her loyal French staff and built a legend of fine wines and a wonderful book, The Ripening Sun: One woman and the creation of a vineyard.

In the Saussignac, Richard Doughty broke his leg while skydiving at Bergerac, and while healing stayed on to buy Chateau Richard, turn it into a success and also a revolution, as a pioneer of the then-new organic wine movement. Then in the Montravel in the 1990s, Neil and Olivia Donnan took over the Chateau de Masburel, which had produced wine since the year 1740, and began the lutte raisonnée system of fewer pesticides and a more organic approach.

More recently, the English-speakers from elsewhere have come to the fore. At Chateau Feely, one of my favourites, Caro and Sean Felely hail from Ireland and South Africa and make some of the outstanding wines of the region. They use bio-dynamic methods to produce wines of extraordinary purity and clarity and Caro has produced a series of terrific books on her family’s experiences. She runs wine tours, vineyard walks, wine tastings and education classes, holds wine lunches and runs gîtes and has raised two fine daughters - I get exhausted just thinking about her energy.

And the other day, I took some American friends to another English-speaking vineyard, Chateau La Fayolle, a jewel of an old chateau which is now producing very good wines indeed. It boasts the most inviting and up-to-date tasting room in the region and offers extremely good lunches on the terrace overlooking one of the finest views I know, overlooking a lake on the property which boasts paddle boats. (Tip: take the boats out before tasting the wines). The new owners, Frank and Rikki Campbell are Americans but now great ambassadors for the wines of Bergerac.

That tradition started by King John and Henry III goes on. The English-speakers have always had a special relationship with this part of France and I find it heart-warming that the connection continues into our own day, and gives us such splendid wines into the bargain.