On the road from Blois to Tours the Chateau de Chaumont lies perched atop the Loire affording a commanding and strategic view of the valley below. At the insistence of Catherine de Medicis, after the death of her husband Henri II, his mistress Diane de Poitiers was “exiled” here. Catherine preferred the grandeur of Chenonçeau. 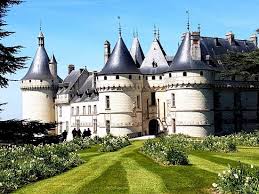 Unlike most of the Grand Chateaux de La Loire, Chaumont was the scene of a vibrant life up until the end of the 19th century.In March of 1875, the rich young heiress, Marie-Charlotte Constance Say (the grand-daughter of the sugar producer Louis Say), whose fortune was as large as the Rothschild’s, bought the castle and the estate of Chaumont. She married Prince Henri-Amédée de Broglie a few months later. From then on, the princely couple continued to expand and to adorn their estate. To assist them, the de Broglie family called upon the architect Paul-Ernest Sanson to restore the castle exterior, modernize the interior (installation of electricity, central heating and running water) and build the stables in 1877. In 1884, the landscape architect Henri Duchêne completed the country park surrounding the castle.

The luxurious stables built in 1877 by the Broglie family are one of the most beautiful in the world. They are laid out around of a large courtyard and include separate stalls for the half-bred and thoroughbred stallions, the kitchen, the tack room, the shed for horse-drawn carriages and the pony stable. 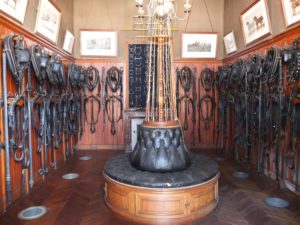 Since 1992 The International Garden Festival has been held here to showcase contemporary landscape design. Since its inception it has become a must attend event for architects and landscapers. This year’s festival will run from April 24-August 31. 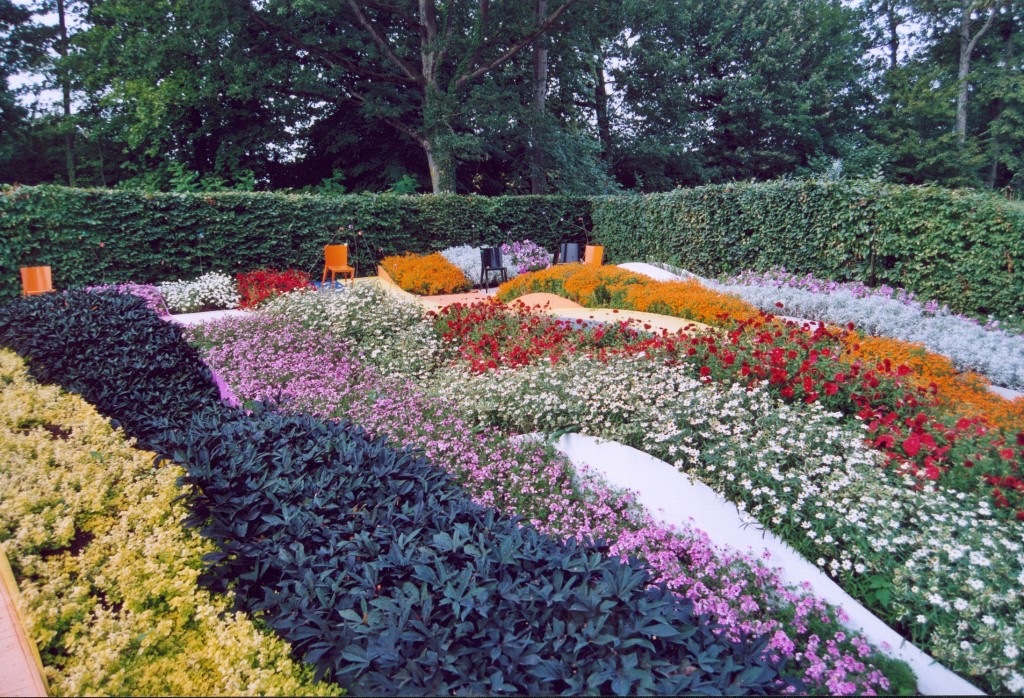 Next up was Amboise and its magnificent chateau, but first a stop at the Patisserie BIGOT, a family enterprise since 1913 serving outstanding pastries and light lunches. After a chocolat chaud and a mille feuille aux framboises I was ready to assault the Chateau. And in the small world category I had lunch just two days later with an American couple who rent a home from Mme. Bigot. 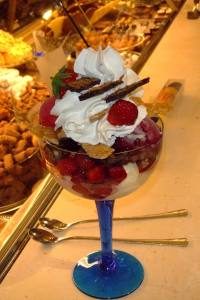 Confiscated by the monarchy in the 15th century the Royal Chateau of Amboise became a favored royal residence, most notably of François I and Charles VIII who invited Italian architects and artisans to make it the most Italianate palace in France.  Faithful to its origins, the Royal Château of Amboise organizes several events to pay tribute to the cultural wealth of Italy. Since the Renaissance, Amboise has kept privileged cultural ties with the Italian peninsula. The 2013 season will present music and festivities, in a wide variety of styles: classical concerts, popular festivities, Commedia Dell’Arte… 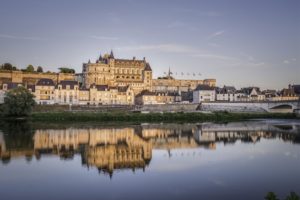 Continuing the Italian theme François I invited Leonardo da Vinci to France. He lived and worked at the nearby Chateau de Clos Lucé and is buried on the chateau grounds in the Chapel Saint-Hubert.

In 1516  François I  issued an invitation to Leonardo da Vinci.
“ Here you will be free to dream, to think and to work”. Leonardo crossed the Alps on a mule, bringing with him three of his most important works: The Mona Lisa, The Virgin and Child with Saint Anne, and the Saint John the Baptist, that he finished here, at the Château du Clos Lucé. Leonardo da Vinci received a pension of 1000 gold crowns per year, and was named “The King’s First Painter, Engineer and Architect”. Until his death, he was the object of real affection on the part of Francis I – who called him “my Father” – his sister Marguerite and the whole Court.

Thanks to the Saint Bris family, who have owned the property since 1854, the Château du Clos Lucé is a listed monument. Restoration work inside and outside was begun in the 1960s to restore the building’s Renaissance appearance. The kitchen, the great Council Chamber, the bedroom, the underground rooms where forty machines designed by Leonardo da Vinci are displayed, as well as the chapel and its frescoes, have all been restored to their appearance of yesteryear. 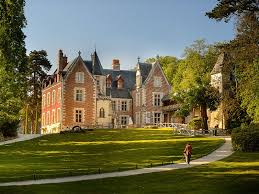 The Château du Clos Lucé brings to life the Master’s botanical drawings, geological studies and landscapes. Spread out over a hectare, “Leonardo’s Garden”, a real outdoor museum, has been landscaped and planted in the spirit of the paintings and drawing of Leonardo da Vinci. Cross the two-level bridge created and designed by Leonardo, follow the botanical walk in his footsteps, enjoy the fast-flowing waterfalls and the mists that rise mysteriously from the lake. Canvases, thematic panels and sound posts all explain the link between Leonardo and nature – the nature that made him say: “Everything is there ”. Kids will love it-I did. 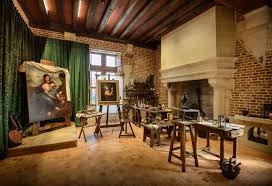